5 Tips To Help You Conquer Your First Obstacle Course Race 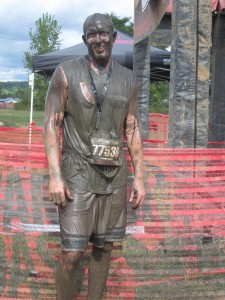 Obstacle course racing has become a national phenomena. There are now tons of obstacle course races, mud runs, fun runs and other forms of races where you have to jump over fire pits, climb over walls and crawl through mud.

They are designed for a certain type of person… someone who is not afraid to push themselves and get a little dirty.

After doing my first obstacle course race, the Warrior Dash, this weekend I realized that things could have gone a little smoother and more enjoyable.

So if you are preparing for your first obstacle course race than learn from my mistakes and you’ll be sure to conquer the race with style and enjoyment.

So here they are…

5 Tips To Help You Conquer Your First Obstacle Course Race

1. Do A Lot Of Cardio Training Weeks or Months Before The Event 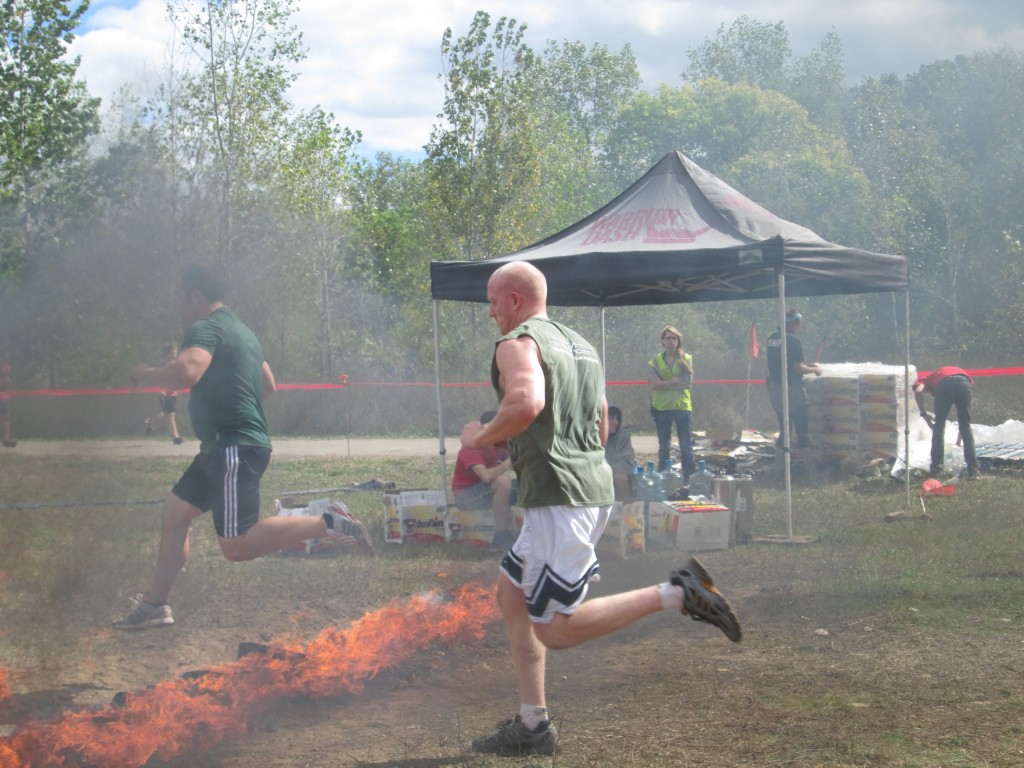 The Warrior Dash that I did was a little over 3 miles which is normally not something I would even have to blink an eye at. However, after running through water & sand and doing all the other obstacles it makes the running portion a lot more challenging.

I occasionally do sprint training at the local track but haven’t run distance since my last 5/3 River Bank Run last summer. Doh!

What would lead me to believe that I would be fine for this one? Ego. I thought to myself, “I’m the Adrenaline Man! 3 miles will be a piece of cake!”

Don’t make my mistake. If you want to do well for something you must train specifically for the event. Yes, cross training does carry over into other activities but not as much as you might think.

Do specific cardio workouts before the race and pay attention to these other 10 obstacle course training tips.

2. Don’t Open Your Eyes In The Mud Pit

So this is a big no-no. At the end of the Warrior Dash they have a mud pit with barbwire right over it. You can see me in the mud pit here. This last barbwire was higher above the mud so you could simply crawl but the others were just over it so it forced you to dive in the mud (if you wanted to maintain speed). 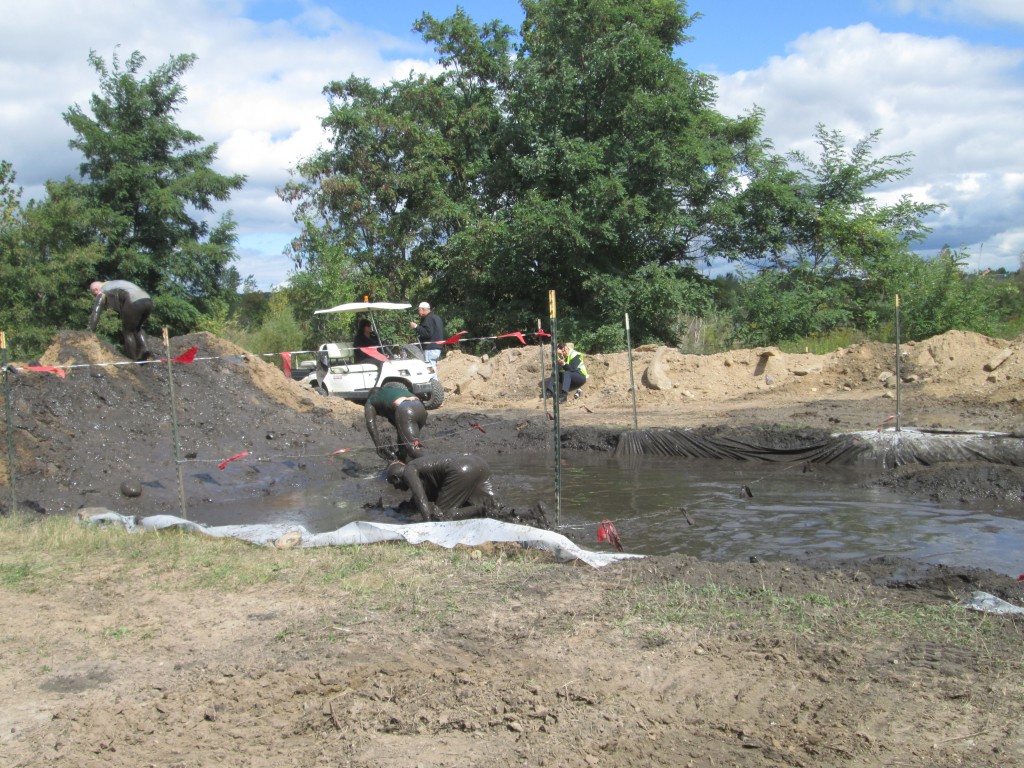 As the title alludes I got a ton of mud in my eyes. Normally you would think, “Ah, who cares. Just flush it out. You’ll be fine.”

Well, 30 minutes after finishing the race my eyes started burning like crazy. I could barely see where I was walking as we made our way back to the car.

After getting home and flushing them out with lots of water they still were throbbing. I think they ended up getting infected because for all of Saturday there was white and yellow ooze coming out of both eyes and they were very bloodshot and inflamed.

Lesson learned: Warrior Dash mud pits have 1,000s of people that go through them. Don’t expose the mud to sensitive areas like your eyes. Your eyes will thank you for it.

3. Push Yourself During The Race 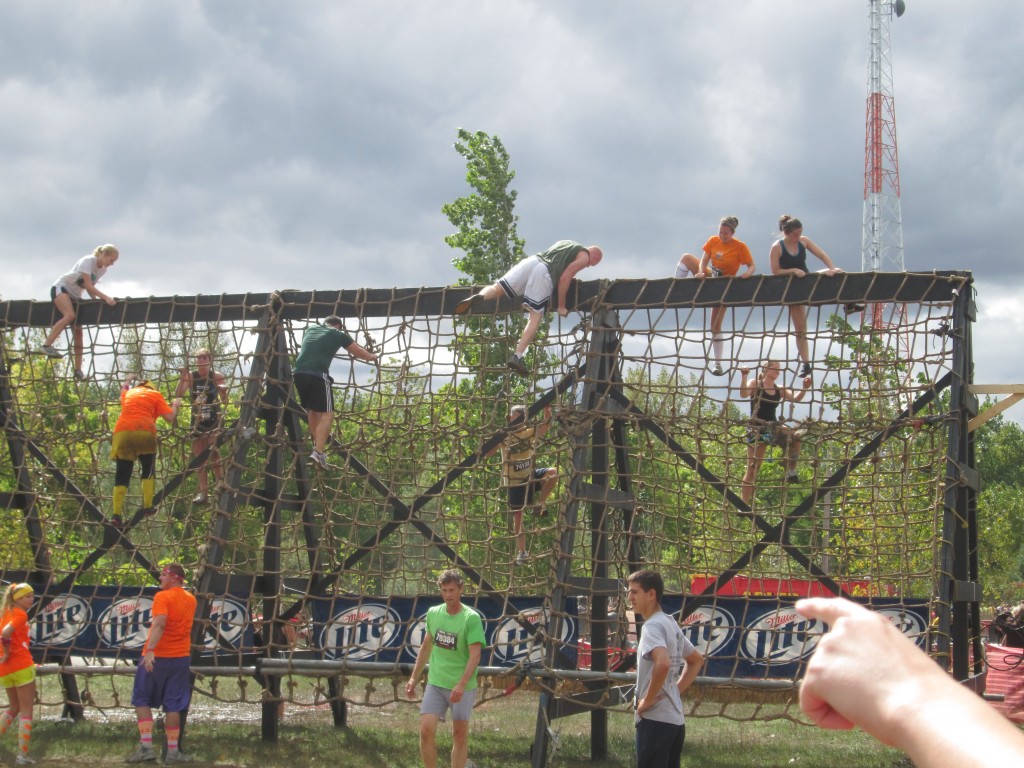 I was signed up to start at 11:30am. Emma woke up around 8:30am and we could tell that something was wrong. We took her temperature and it was 102.7! Yikes! This has been the first time that Emma has been sick and we didn’t quite know what to do.

We called our holistic doctor and he told us to give her Belladonna until the fever subsides. At the time I didn’t know what Belladonna was but this is where trust comes in. Our doctor has been right over and over again and is one of the most knowledgable natural doctors I have ever met. We followed his advice and the temperature dropped quickly. We gave Emma a bath and she was even laughing! She was feeling a lot better.

Score another point for Dr. denBoer! Only afterward did I research the plant and found quite a bit of negative review on it. Next time I see denBoer I’ll have to ask him about it.

My point is that I didn’t start with my normal heat at 11:30am. We wanted to make sure Emma was doing well and decided to wait until a much later heat. So I ended up starting the race at the back of the pack.

Most everyone that was in front of me weren’t in very good shape so I couldn’t find someone to pace with. I had to simply push myself. Of course, pushing yourself isn’t a bad thing. No matter where you start you should be pushing yourself and not falling in line with people around you if they are too slow.

But this DOES lead me to my next tip…

4. Start Off In The Front Of The Pack

If you follow this site you are probably not a newbie to exercise. You may be looking for advanced tips to build muscle or perform better in whatever sport you play.

When you decide to run your first obstacle course race start off in the front. Seriously.

Since Emma was sick we ended up going at a much later time. So I had to jump into a random heat and I ended up starting at the very back. They typically break it down into two waves: faster and slower people.

I was in the wave with the slower people and it was a bit frustrating.

If you are a fast runner than get to the starting line early so you can bypass the slower folks. If you are a bit slower than start off in the back because you’ll have lots of people to run with and the energy of the other people will help you perform better.

5. Bring Someone To Support You 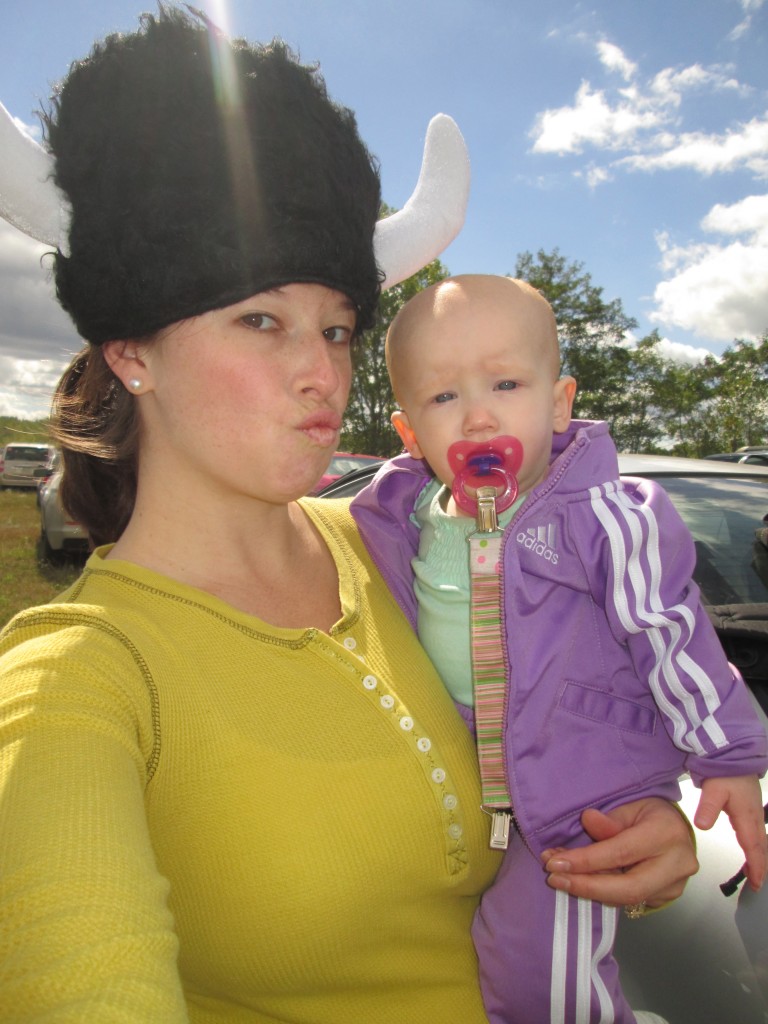 Probably the most enjoyable part of running in an obstacle course race is the fact that you have people cheering you on. Its not easy diving through mud pits and crawling under heavy cargo nets.

When you can look out into the crowd and see your loved ones rooting you on it gives you an additional sense of pride and energy.

Tell your family to come watch you in the race.

I also highly recommend to get friends to run with you in the race.

I didn’t work very hard to get a group to do the Warrior Dash and I regret it. On the one hand I could run as fast as I wanted but on the other hand running with a group or another person would have added to the enjoyment of it.

Don’t put off your first obstacle course race. I almost didn’t do this one because Emma was sick but as a family we decided to push on and we had a blast.

I’m looking to tackle a Tough Mudder the next time they are in Michigan and I’ll definitely train more for that.