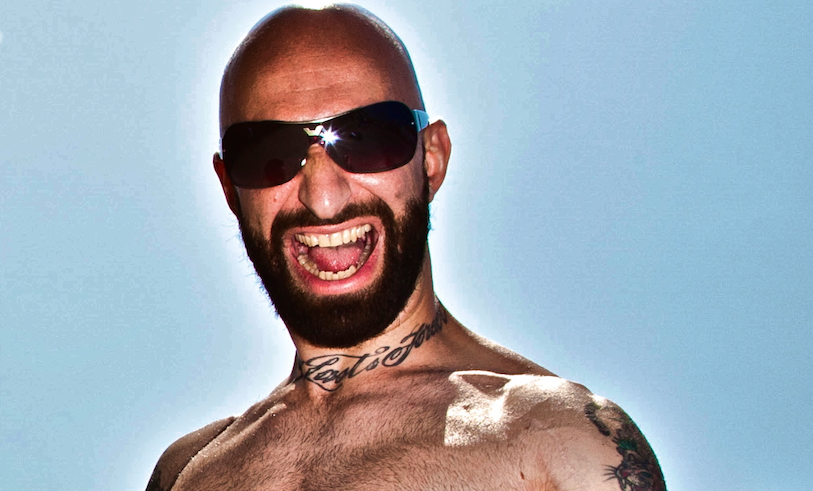 Al Kavadlo has become a leader in the calisthenics movement.

He shares his ideas with clarity and genuineness which is why this is the second time I’ve asked him to give the SOA community insights into further improving in calisthenics. However, this interview dives into the mental side of calisthenics as well.

Below, you’ll find some interview questions I asked him.

What is the difference between calisthenics (as you teach it) and gymnastics?

This is a great question, Todd – and it’s something I get into a bit more in the book – but essentially gymnastics is a lot more rigid and structured than the style of progressive calisthenics that I teach.

To me the word “progressive” in the phrase “progressive calisthenics” means two things: the first is the literal way that we utilize progressively harder exercise variants to gradually get stronger, but it also applies in the sense that we are more progressive-minded. That is to say we are more open in our thinking.

We encourage people to explore their individuality, rather than having to do things a certain way or being confined to a strict set of rules.

Describe the “specificity principle” and how it relates to getting better at calisthenics.

The specificity principle is just a fancy-sounding way of saying that you get better at the specific things you practice. So if you want to progress at a certain move, you have to work specifically on that move. 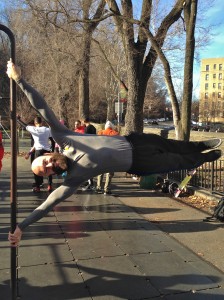 The muscle-up is a great example of this. There are lots of strong people who underestimate the muscle-up at first – I know I sure did! But no matter how strong you are, or how many pull-ups you can do, the muscle-up is a very unique movement pattern that must be practiced over and over before it becomes fluid.

It’s kind of like how someone can be a great pianist, but if they want to play the cello, they still need to practice the cello!

Describe why having less mass might help someone perform better at calisthenics.

Calisthenics is all about pound-for-pound strength, so if you are carrying a lot of mass, it can make bodyweight exercises more difficult.

With bodyweight training, it’s all about finding the ideal ratio between your strength and your size. As you gain more mass, you also have to move more weight on every rep!

At a certain point, too much mass weighs you down. This is why you don’t typically see guys with 20-inch arms doing human flags and one arm pull-ups.

A lot of people get swept up in the “quick fix” mindset that is so pervasive in mainstream fitness, but advanced moves like the ones you mentioned are only achieved through discipline, consistency and hard work. 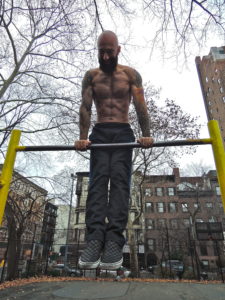 As I often say, greatness is achieved not by pursuing greatness, but rather by doing small, day-to-day tasks one at a time with care and attention.

When we let ourselves get too attached to expecting immediate results, it can lead us to give up when those results don’t happen as quickly as we might have wanted. You need to be flexible with your timeline. Keep your aspirations high but your expectations low!

Can you talk about the 5 Levels of Bodyweight Strength and how someone can progress to each level?

In calisthenics, progress is made by moving onto more challenging movements, not by simply moving to a heavier weight like you would with a barbell or kettlebell. 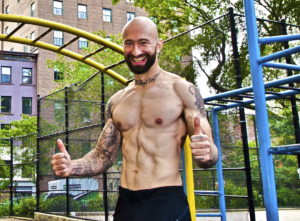 All I hope for is to continue teaching calisthenics and inspiring others to improve their fitness.

Of course I plan to continue refining my calisthenics practice, but I’ve already got everything any reasonable person could ever want from life.

Can you tell us why you called your new book “Zen Mind, Strong Body” and how the book is different from other calisthenics books? 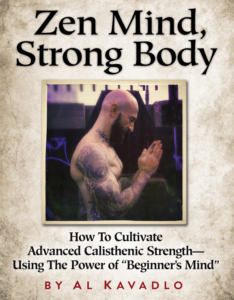 Every year, thousands of people begin a fitness program in January and by March, most of them have already given up. We all know that having a plan on paper is a good idea, but actually sticking to it is another story!

This book is very different from most fitness books in that it focuses more on the “how” than the “what” – the emphasis is not so much on any one specific program, but rather on how to cultivate the right mindset to stick to whichever program you choose, and ultimately make fitness a part of your lifestyle.