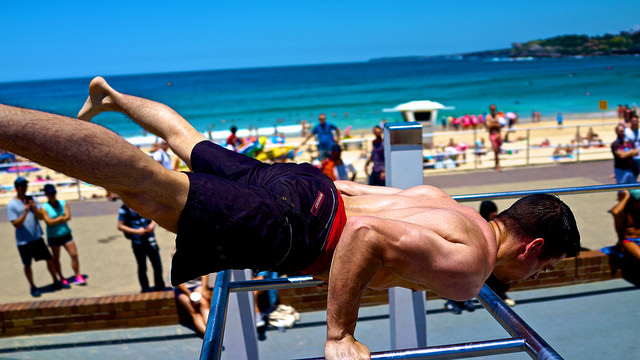 All of us have been inspired and motivated by watching legendary calisthenics masters perform high-level bodyweight feats.

There is no way around it.

These videos are just too motivational!

Even though I have watched some videos a thousand times, I still watch them regularly as they motivate me to train harder.

Until recently, I thought that watching such videos was the most effective thing I could do to motivate myself.

However, I have found out that there is something that has an even greater impact.

That is… attending a calisthenics live events.

Instead of watching an advanced calisthenics feat performed on video, you actually have the chance to watch it live, in super high definition. It’s a world of difference.

In this article, I am going to share with you what I consider to be the 10 greatest calisthenics events. 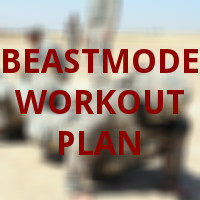 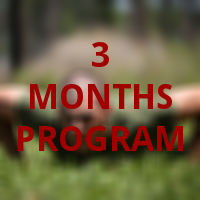 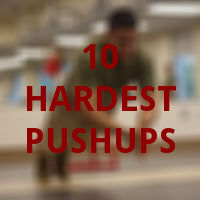 Why Should You Attend Calisthenics Competitions? 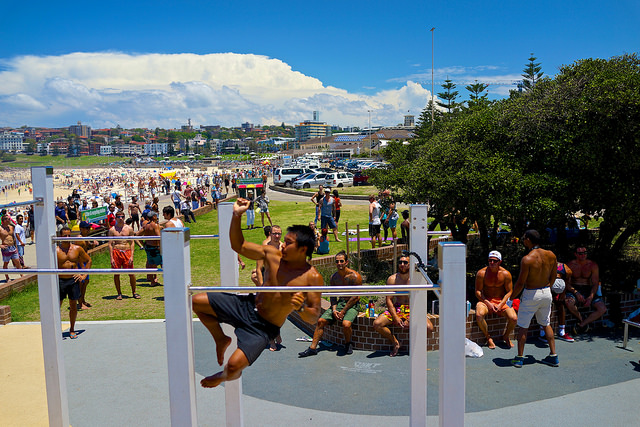 Todd, I already know how to motivate myself. Why should I attend a calisthenics competition?

Even if motivation isn’t a problem for you, there is still lots of reasons why you should attend a calisthenics event.

By going to calisthenics events, you get the opportunity to meet and befriend other people who share the same passion for calisthenics as you do.

What’s even more important is that you can exchange training techniques and ideas, share motivational stories, receive and give feedback, and other things that can help you advance in your training.

Furthermore, these new friends can become training buddies, that can spot you during your training and keep you accountable.

When you go to a calisthenics competition, you are going to see some top level performances.

Apart from being very motivational, this gives you a chance to reflect on your own training and progress.

Some of the questions that may cross your mind are:

“Where do I stand in relation to these guys?”

“Does my training help me achieve these feats?”

As a result, your training is going to become more focused and result oriented and you are going to progress faster.

The Different Types Of Calisthenics Competitions

If you would ask someone 20 years ago about calisthenics training, he would most likely assume that you are referring to high rep push ups, squats and pull ups.

Fortunately, that changed when Youtube came around and when street calisthenics started to become mainstream.

As a result, most people today when they think about calisthenics, street workouts come to their minds.

Of course, this is a better situation than it was in the past.

However, as I shared with you in the 7 Calisthenics Disciplines That Boost Strength & Vitality article, calisthenics are much more than bodyweight street workouts.

In that article, any discipline that is focused around bodyweight feats was regarded as a calisthenics discipline.

What does this have to do with calisthenics events, Todd?

Similarly to the term calisthenics, most of the readers would assume that this article is about street calisthenics competitions.

As such, the calisthenics events list is going to include a variety of physical events that are based on bodyweight strength, endurance and skill.

How to Train & Compete At Calisthenics Events 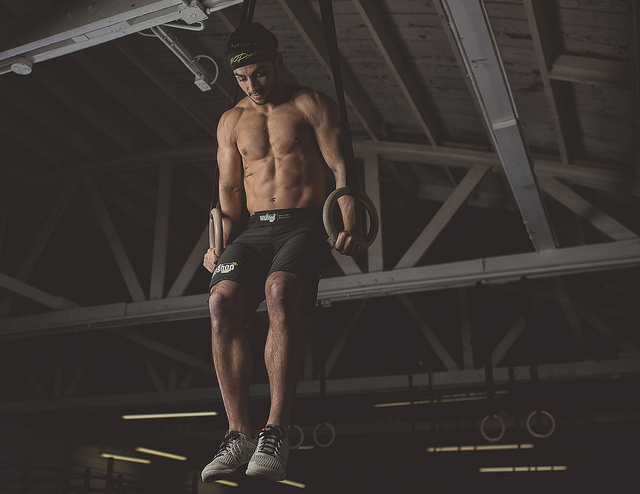 Todd, I was always interested in calisthenics events, but I don’t want to just attend, I want to compete as well.

How do I train for big events?

This largely depends on the event that you’d like to compete at and, of course, the reason you are competing.

If you aren’t interested in achieving a top position, there are lot’s of events that you can participate even if you are still a beginner. Contrary to that, there are some events that no matter how much you train it may not be possible to compete there (Calisthenics Event #1).

If you want to compete and achieve a fairly good position, your training should be focused around the event.

For example, if you wanted to compete at a Tricking event, most of your training would be focused on learning and perfecting flying kicks, aerial acrobatics ,etc.

If you are still a beginner, I would recommend that you focus your attention on building a strong foundation first. Then You can move on sport specific training.

Last but not least, if you are really interested in achieving a top position in any event, you should consider getting a coach.

The 10 Calisthenics Competitions You Must Experience 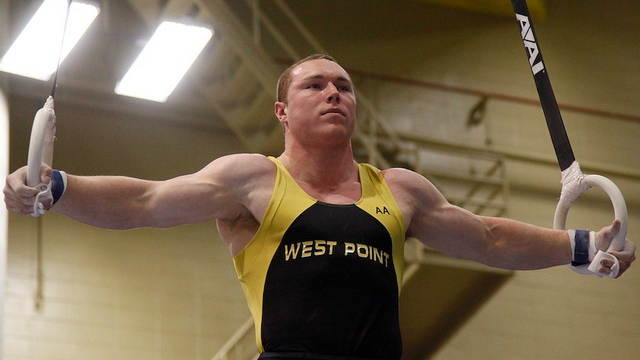 In this section, you are going to find a list of what I consider the best calisthenics events.

The main benefit of attending bid events is that you are going to witness top level performances.

In smaller events, you might not see as advanced calisthenics feats, but the community feeling is much stronger and you are more likely to meet new people. Also, it’s far easier to compete in smaller and local events.

Lastly, smaller events are easier to afford and attend.

This is a fairly small and localized calisthenics event.

What I really like about this event, even though I haven’t been there yet, is the strong street workout feeling since the event takes place at an actual park and not some advanced indoors facility or a platform.

In addition, you can compete at this event without being very advanced.

If you are interested in free running, this is the ultimate event.

By attending such an event, you get the chance to meet in person some of the greatest free-runners.

The skills performed during this event are a mix of parkour vaults and tricks mixed with acrobatic aerials.

This event takes place annually in the island of Santorini.

Climbing events are some of the most creative events taking place. That’s because the athletes aren’t going to know the climbing course beforehand.

Before attending such an event, I would recommend you to spend some time training with climbing exercises. This way you will be able to appreciate fully the high level of skill, strength and creativity required to compete at such an event.

Climbers possess the most impressive pulling strength in the calisthenics world. So, expect to witness some extraordinary calisthenics maneuvers.

Tricking is without doubt one of the most impressive calisthenics disciplines.

What I really like about tricking is that it shows clearly that you can develop a very explosive body by training with calisthenics.

If you enjoy watching flying martial arts kicks, then you are going to love this event.

The Spartan race is an obstacle race that seems to have been inspired by military bootcamps.

The only way to attend this event is by participating in it.

What I like the most about this event, is that it takes place in nature.

There are many levels in this competition and you can compete in some of them even if you aren’t very advanced.

King Of the Bar

The King Of The Bars event is street calisthenics event. The athletes compete in dip bars, pulll up bars, etc.

If you attend this awesome event, you may also be able to come in contact with some of the pioneers of the calisthenics community, such as Edward Checo from Barstarz, Frank Medrano, Bar Baristi, etc.

Battle Of The Bar

This is another great street calisthenics event.

The Battle Of the Bars is very similar to the King Of the Bar.

Unlike the other street calisthenics events of this article, this one is international.

As such, the competition of this event is very high!

Similarly to the Spartan race, this event is built like an obstacle race. However, the Ninja Warrior is more mainstream and you can watch it live without taking part in it.

You aren’t going to see advanced feats of strength performed in this event. Instead, you are going to witness athletes overcome some very difficult obstacles.

I always feel like training harder after watching an episode of this event (even if it isn’t live).

Lastly, what I really like about this event is that it has inspired some of the greatest homemade gyms ever!

Since this is an international and highly competitive event, you can expect to witness some of the best performances ever.

The Olympic gymnastics consist of numerous smaller events. Some of my favorites are:

The biggest downside of Olympic gymnastics is that it’s the hardest event to attend, since it’s only happening every 4 years.

Also, Olympic gymnastics is the hardest event to compete at, because only the best of each country reach the final stages.

How To Find Calisthenics Events 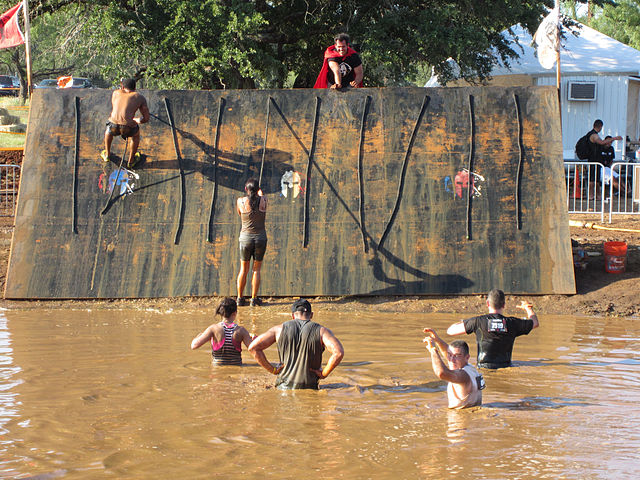 These events are awesome, Todd! But none of them take place close to where I live. So, it’s very hard to attend.

Are there any other options?

For all of us who lead busy lives, traveling to different locations can be quite hard and impractical.

However, there are still things that you can do.

The most obvious one is to search for any calisthenics events that may be happening close to where you live.

The easiest way to find such events is to search online.

The second easiest option is to find gyms and facilities where people train with calisthenics and see if there are any events about to happen. Such facilities can be:

What if there are no calisthenics events taking place close to where I live?

If you are one of those people, I would suggest that you become involved in the local calisthenics community (you can easily find calisthenics athletes in the parks and training facilities or through online calisthenics groups).

If there is enough interest there, you can create your own local calisthenics competition. It may not be as advanced or professional as the events presented here, but it’s going to be a good starting point.

How Many Events Should You Attend?

How many events should I attend Todd?

Some people could say that the more events you attend the better it’s going to be. But I don’t agree with that.

In my opinion, this depends totally on you and so I would suggest that you find out for yourself.

Remember, the goal is to become better at calisthenics and to achieve your fitness goals. Sometimes, attending too many events can get in the way of your goal achievement process.

First you should try attending one event and see if you actually getting any value from it. Calisthenics events may not be a good fit for you after all.

Then, if you see that calisthenics events help you in becoming a better athlete, you can gradually attend more and more of them.

Lastly, I would suggest you  find a good event that happens annually and become a regular attendee. This way you are going to be able to see how the calisthenics community is growing and it would be easier to build lasting relationships with other regular attendees. 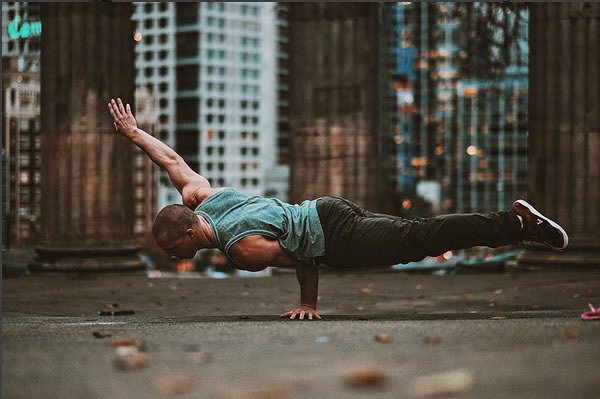 Is any of these events taking place close to where you live?

What are you waiting for?

This can be a life changing experience!

Have you ever attended a calisthenics event?

What is the next calisthenics event that you are going to attend to?

I would love to hear what you think in the comments section below.