Does anyone remember what a homonym is? Anyone? Just shout it out if you know it.

For those of you having trouble channelling your 8th grade Language Arts class, homonyms are “multiple meaning words” — that is to say, words that are spelled the same and sound the same, but have two different meanings. Here’s an example:

“Pull-ups are a great back exercise.”
“Bell bottom jeans are coming back in a big way.”

Now, the reason we’re telling you this is because this article is about telling you how much we love dips. And we didn’t want any confusion, in case you thought we were talking about guacamole. Or short saunters into a pool. Or chewing tobacco. (Though for the record, we do love the first two — not so big on chew.)

In fairness, we probably could have just made that clear from the beginning. But where’s the fun in that? Besides, it’s good for our brains to get a workout — even dodgeball legends know that.

Now, we can’t help you with the other kinds of dips, but if you’re interested in tricep dips, before going any further, see if you want to try our Bodyweight Physique Academy, where you will be doing dips and a whole lot more. 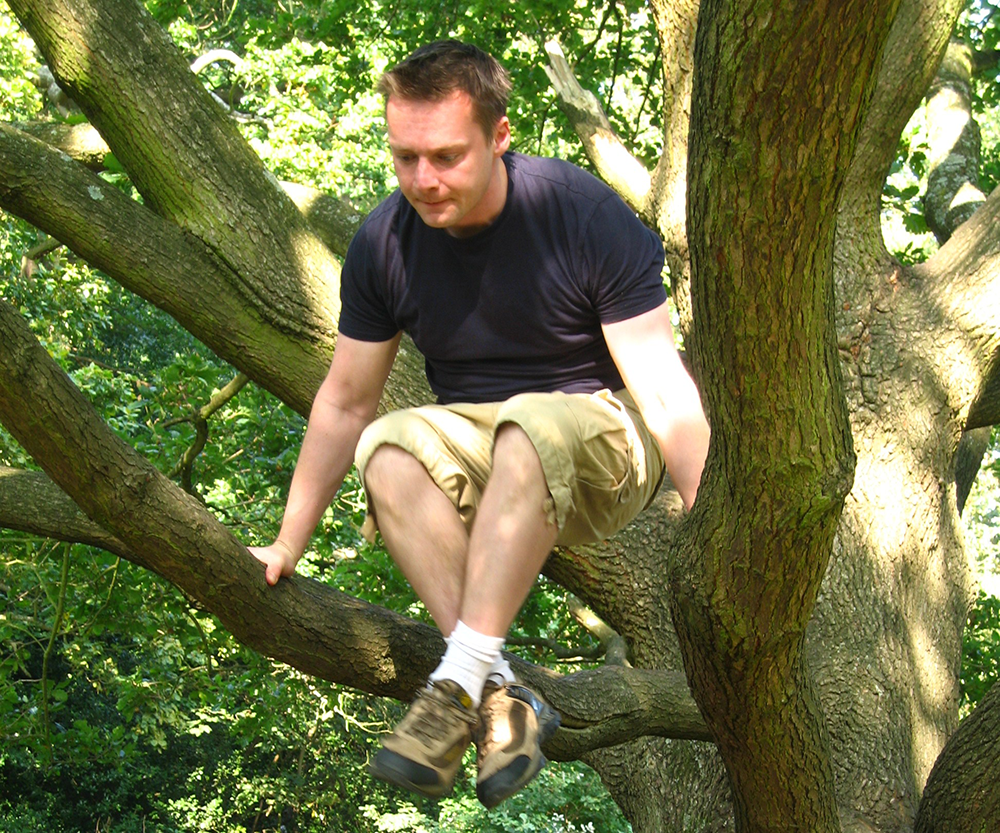 So by now, you probably know we’re talking about the infamous calisthenics exercise known as the dip. If you’re unfamiliar, the dip is performed by using your hands to support your full body weight, lowering yourself in a controlled motion, and returning to the starting position to complete one repetition.

The current world record for dips completed in one minute is a staggering 119 dips, set in 2011 by Stephen Butler of the United Kingdom. That’s just a shade under two per second. We wouldn’t recommend you try two dips per second once, so doing it sixty times is something special.

Traditional dips focus on the triceps brachii muscle (the large muscle on the back of your arms), or the pectoralis major (the bulk of your chest), depending on the variation of the dip — more on that in a minute.

Dips primarily train the triceps and pecs, but like all great bodyweight exercise, you won’t be isolating just this muscle as you would on a tricep machine at the gym.

Dips have several synergists, or muscles that perform, or help perform, the same set of joint motion. These include:

For dips, your lower trapezius acts as the stabilizer.

This is a favorite exercise of ours for a lot of reasons, not least of which because literally every minute of Martin Scorsese’s “The Departed” is amazing, and that includes Leonardo DiCaprio using stacks of books to do dips in prison during the opening credits.

It’s one of those bodyweight exercises that requires some kind of “equipment”, though as Leo just showed you, it gives you the opportunity to be pretty creative. You don’t absolutely need dip bars. With the different styles of dips out there, you can use countless things to assist you: a fallen tree, playground equipment, and even your kitchen chairs.

Best of all, mastering dips will assist you with mastering more advanced calisthenics movements like the muscle-up.

As we’ve been saying, there are a lot of variations for this awesome exercise. Now let’s take a look at a few of our favorites. So get ready to arm yourself with a great arm workout (one more homonym for you).

As always, if you’ve got a question, suggestion, or comment, let us know in the comments below!