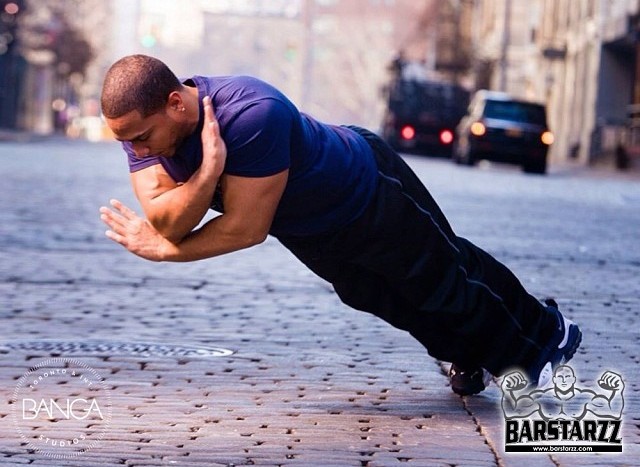 One of the biggest calisthenics movements around, BarStarzz are an international presence to be reckoned with. I was lucky enough to ask their founder, Eduard Checo, a few questions – check out what he had to say!

Why don’t you introduce yourself? Who are you and what do you do?

My name is Eduard Checo, and in 2009 I founded BarStarzz. We’re a fitness brand that promotes staying in shape and having fun with your workout, wherever you are. We demonstrate creative ways to use your bodyweight for a great workout in any location, although the majority of our videos are filmed in parks.

You have an incredible command of your own body. Have you always been into fitness? 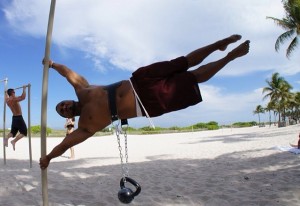 I’ve been into fitness since I was eleven or twelve years old. I’m now twenty-six. I was inspired by my older brother, who played college football. He’s been in shape for as long as I can remember, and he now trains for triathlons.

BarStarzz is now a global movement. Did you always intend for it to become this big, or are you surprised at how successful it’s been?

I always saw BarStarzz’ potential, and I become obsessive when I find something I’m passionate about. I didn’t know it would become as huge as it has, but I knew that if I gave it my all, something would give. I’m grateful for how far it’s come, but I plan to take it even further.

To your mind, what’s wrong with traditional training? Why should people choose calisthenics over weights and cardio? 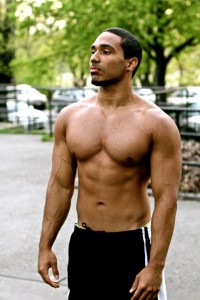 I believe that people need to have fun. Exercise should be an activity that keeps you feeling good, not something that feels like a chore.

Traditional training is too specific. You train one muscle group a day, but that’s not how the body is meant to work. You should train for skill and athletic ability, and changes in your physique should be a byproduct of that training. I believe that’s the key to good health.

Calisthenics is a great way to stay in shape regardless of your location or budget. If you choose to supplement that with weightlifting, fair enough, but fitness doesn’t need to be limited by financial restrictions.

What would be your top three tips for training to master your own bodyweight?

Stay consistent. A lot of movements, and even the body you want, are months of hard work away. Don’t be discourages if you don’t see rapid results. Fall in love with the process.

Warm-up. I can’t believe how many people I need to keep telling this to. If you don’t warm-up fully, you are risking injury. I’ve seen it. Take 10-15 minutes to warm-up, and make sure you feel a light sweat before starting on more intense exercises.

You have an incredible physique. How do you eat to support your look? Do you bulk and cut? Eat paleo?

I used to eat Paleo, but I go through different phases with my nutrition. I currently don’t eat meat. What stays important, though, is choosing foods that have been minimally processed. Apples rather than chips, for example.

You took a hiatus from MMA training to focus on BarStarzz. Has it been worth it? What have you learned/gained from your work with BarStarzz? 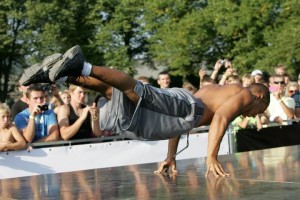 Yes, I needed to budget my time and it became really hard to fit both in. After having my fight pushed back, I decided to focus my full attention on BarStarzz.

I’ve learned so much that goes beyond the physical. I’ve made friends all over the world through the BarStarzz community. I’ve learned about and embraced different cultures.

Who were your idols growing up? Who do you admire most now, and why?

As a kid, my idols were the bad guys in movies. I always rooted for the underdog. Most of all though, I looked up to my brother. I always thought he was really cool.

BarStarzz recently called out Mike Chang for his pull-up world record. Would you ever be tempted to go for a calisthenics world record? 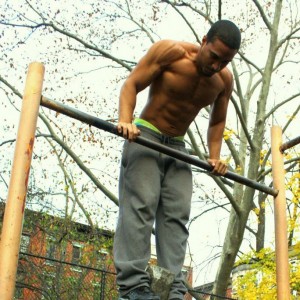 I think my training is too diverse to be able to reach world record level in any one area. For me, training has to stay varied to keep it fun. When training for a world record, you have to train very specifically. For example, to beat the world record for muscle-ups, you would have to do it day-in, day-out for months, if not years. I like to train different skills that sometimes change weekly.

With Mike Chang’s pull-up record, I just wanted to educate people that it wasn’t real. His video got a lot of views and could mislead a lot of people. We don’t hold that record, but I hope we opened a lot of people’s eyes to the fact that numerous people can top Mike Chang’s effort.

What do you see in the future for BarStarzz? Total world domination? And what next for Ed Checo?

I’d like to start more workshops throughout the world. Maybe Asia next.

I also want to hold even bigger events. The Street Workout World Cup will be on a stage in New York City on August 23rd, and the three winners will be flown to Norway. This is just an example of what I want to accomplish.

Much love. Train hard everyone.

Check out Eduard in action!