The Fibonacci 100 Push Up Challenge 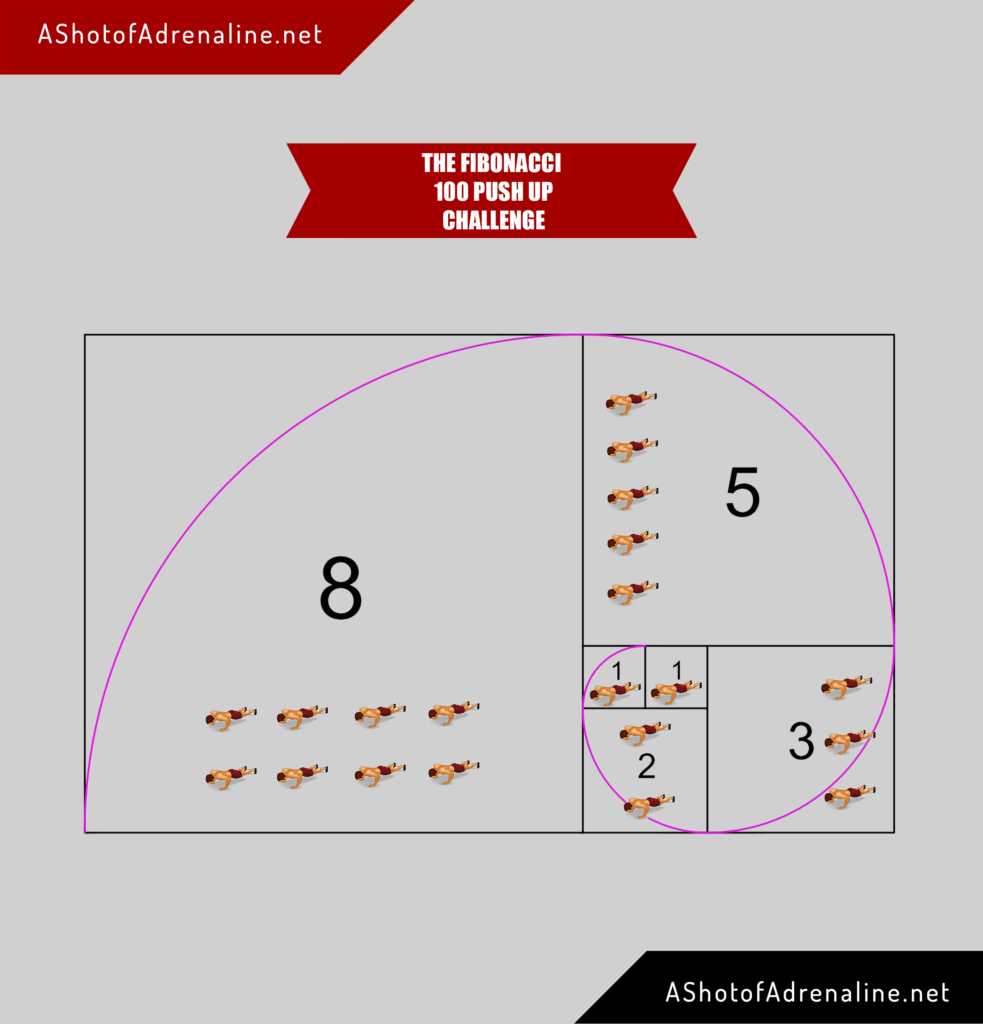 Today, we have a very fun, unique push up challenge for you. It’s sure to push you to your limit, get you a great workout, build solid muscle throughout your upper body, and maybe even get you feeling closer to nature — yes, really!

That’s because this workout is going to be focused on a number sequence that dates back over 800 years. If you’re a mathematics buff, you may have heard of this before. It’s called the Fibonacci numbers, and you’ll be utilizing them to blast your chest, triceps, shoulders, and core.

This can be a stand-alone workout for your upper body, or added to the end of a workout if you want to really challenge yourself as you finish your day’s routine. The Fibonacci 100 Push Up Challenge should take around 10-15 minutes to complete, depending on your skill set. It’s a calisthenics workout, so there is no additional equipment required, other than your own body.

What are the Fibonacci numbers?

The origin of the Fibonacci numbers are most commonly attributed to Leonardo of Pisa, who in 1202 published the book Liber abaci. At the time, it was the most influential book on mathematics throughout Europe.

In Liber abaci, Leonardo of Pisa–known simply today as Fibonacci–proposed the following problem about how quickly rabbits could breed in ideal circumstances:

Suppose a newly-born pair of rabbits, one male, one female, are put in a field. Rabbits are able to mate at the age of one month so that at the end of its second month a female can produce another pair of rabbits. Suppose that our rabbits never die and that the female always produces one new pair (one male, one female) every month from the second month on. How many rabbits could be produced in one year?

Now, don’t worry, we’re not going to get too deep in the weeds with mathematics. The important thing we want you to take away from this is the sequence that developed from the math problem’s solution:

Now, we told you that this number sequence could help you feel a closer energy to nature. What exactly did we mean by that? 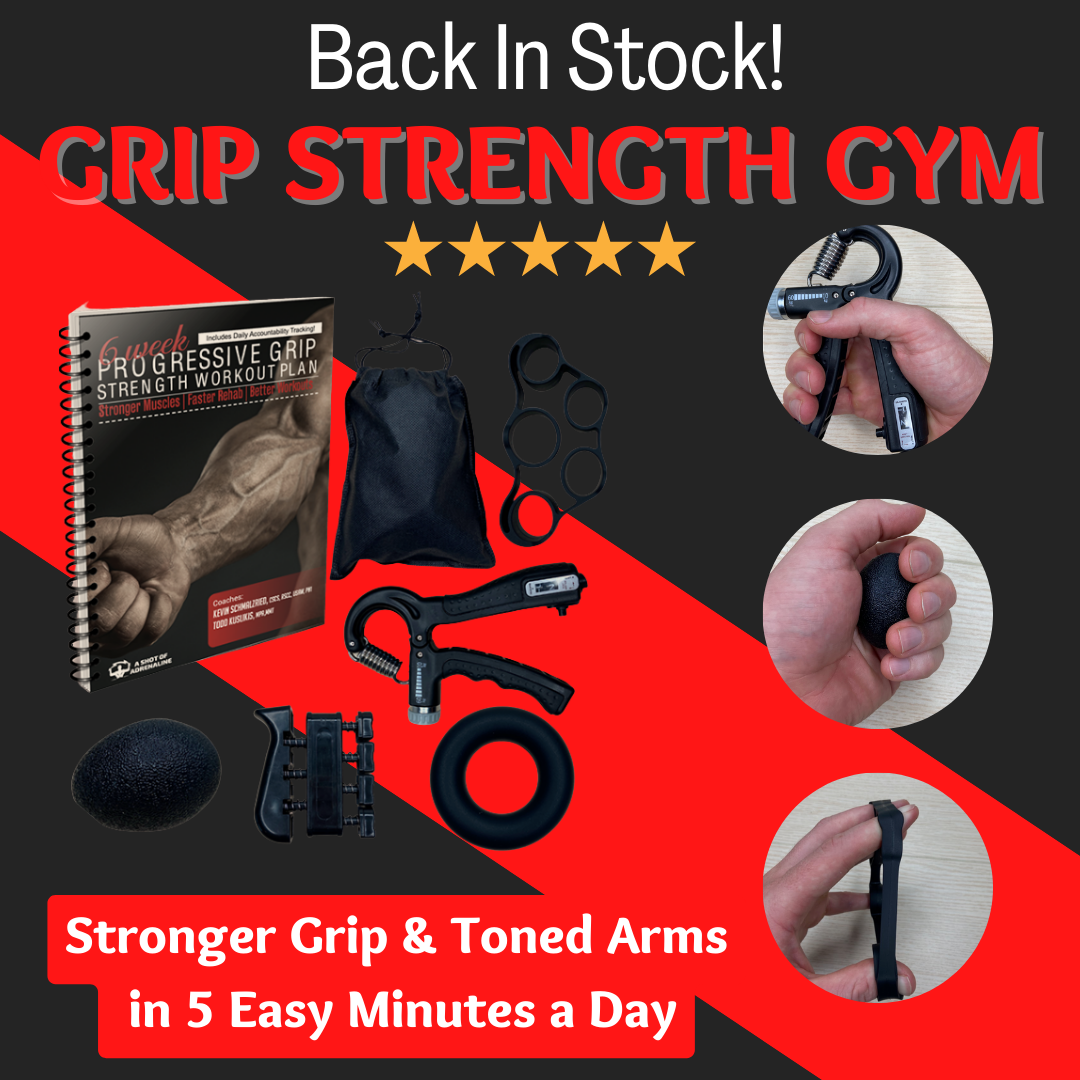 Well, the Fibonacci numbers can actually be found throughout nature, in ways you’ve probably already seen but never realized. You can find them in biological settings such as the florets on a sunflower, the fruitlets on a pineapple, and even the pattern of waves crashing in the ocean.

You can find the Fibonacci numbers in a specific “bee ancestry code,” and even in human nature! It’s been found that the number of possible ancestors on the X chromosome inheritance line at a given ancestral generation also follows the Fibonacci sequence.

Now, what does all of that have to do with your workout?

Well, not a whole lot, strictly speaking. However, it’s a pretty interesting sequence that is found all around the world, and indeed, the universe. You can find it in more places than you would expect… including a push up workout!

Using the Fibonacci numbers for this challenge

Just like in nature, we’ll be using the Fibonacci numbers to build off one another to create something greater. In this workout, you’ll be doing five different push up variations to get a fantastic workout that is going to work some of the most critical parts of your upper body. After all, there are plenty of different types of push ups, so we don’t want to focus on just one.

Now, when you are doing each of these exercises, you’ll be performing them in the Fibonacci sequence in six consecutive rounds. So for each type of push up, the rounds will look like this:

So that adds up to 20 push ups for each variation, totaling 100 push ups.

The exercises in this workout

Below are the 5 types of push ups you’ll be performing, as well as the primary muscles used for each of them.

One thing to keep in mind is that, although they’re not the primary muscles being used, your core is used as a stabilizing muscle for every type of push up. So just because you won’t be doing any planks or sit ups in this workout, that doesn’t mean you won’t be getting your abdominals, obliques and other core muscles involved. That’s what makes push ups so great — they’re all-inclusive!

Also, be sure to download your workout sheet for the Fibonacci push up challenge to keep handy with you!

The traditional push up is correctly executed when the body is straight and aligned, and there is full extension in the push up. We recently published an article on the most common mistakes made when doing push ups. Take a look if you need a reference point!

This variation is great for your shoulders. It differs from the standard push up, because your hips will be in the air, above your head (your body should look like the letter ‘L’). Your feet should be shoulder-width apart, or slightly wider for balance. Even though your butt is in the air, your back should be straight and not arched. Lower your head down to the floor by bending at the elbows, shifting your weight to your shoulders. Return to the starting position.

This is similar to the standard push up. The key difference is you’ll be placing your hands wider than shoulder-width apart. This activates even more of your chest muscles than the standard push up, but be sure to use full extension to get the most out of the exercise.

For this variation, spread your fingers apart and bring your hands all the way in toward your chest, so that your index fingers and thumbs are touching. The closer together your hands are for a push up, the more the exercise will work your triceps and back. Lower your chest down to the ground by bending at the elbows. Make sure you get your chest as close to your hands as possible for full range of motion. Push back up to starting position, which will activate your tricep muscles. 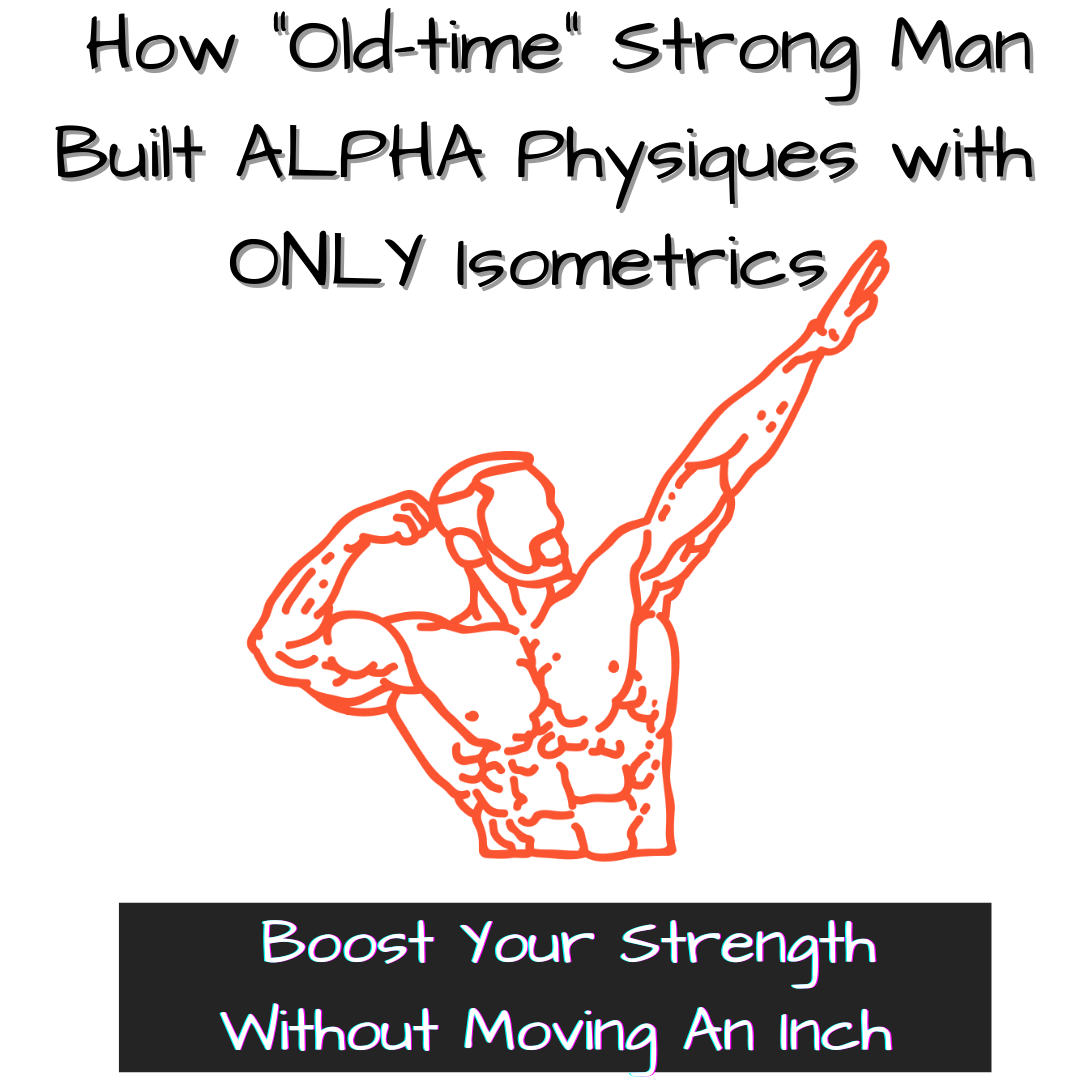 When performing the plyometric push up, make sure you have a soft surface on which to place your hands (grass or carpet should do the trick). The reason is because with the plyometric push up, you’ll actually be explosively pushing up so that your hands leave the ground. So you’ll need to use a lot more energy to push your body weight with enough force that you’re able to get your hands off the ground. It’s a great muscle-shaping exercise!

Put it all together

Again, we’re going to be sequencing our reps in the form of the Fibonacci numbers. You will complete all the sets for one exercise before moving on to the next. Rest as little as possible between sets to keep your heart rate up (no more than 5-10 seconds).

100 push ups adds up fast, doesn’t it? Maybe you never thought you’d be able to do 100 push ups in one workout, but this is a fun, challenging way to get there. And with the different push up variations, you’ll be working out a lot of the major muscle groups of the upper body, not just the chest.

Looking to challenge yourself more?

Well, the Fibonacci numbers don’t end at 8. They go on in perpetuity, and the next number in the sequence is 13. So if you want to crank the dial on this workout way up, add a set of 13 after your set of 8! It would look like this:

That adds up to a whopping 165 push ups — you won’t be able to pick yourself off the floor after that!

Have fun with this challenge and be sure to push yourself. If you have any questions or comments, let us know below!