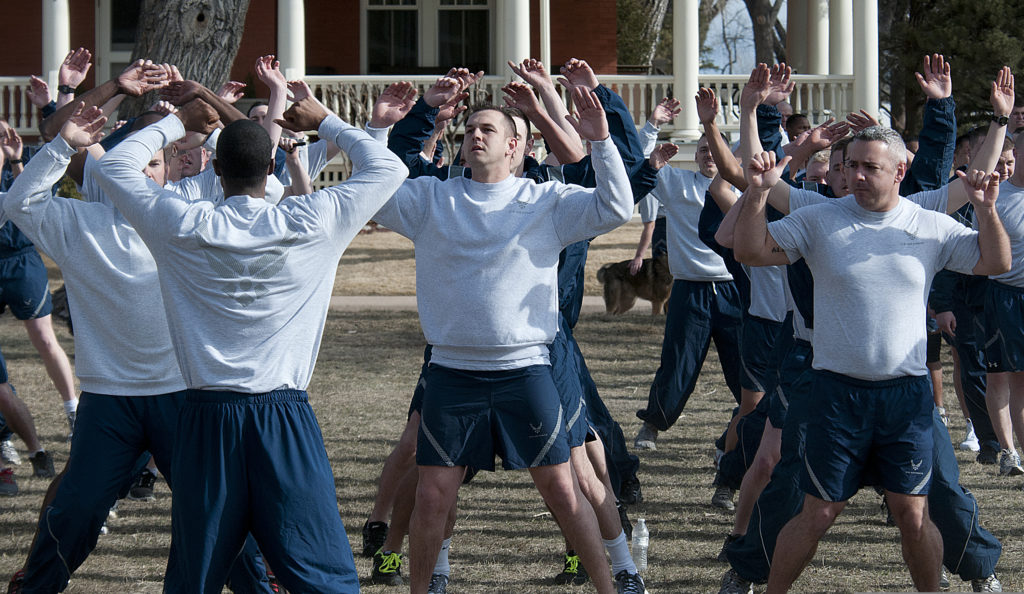 We recently did a profile on the late, great Jack Lalanne and the legacy of health he left the world. In the article, we mentioned that Lalanne is credited by some for inspiring the name of the jumping jacks workout. There’s also some contention to that claim involving an Army general and hazing a bunch of cadets, but we’ve covered it already.

Our article also half-jokingly mentioned Lalanne’s fitness accomplishments are much more than “engraining jumping jacks into our P.E. class warm ups.” But honestly, is that the last time most of us did a jumping jack?

If so, we need to change that! Yes, jumping jacks can be great for getting loose before an exercise or sport. Lots of teams use them, and many military and disciplinary programs use them for teamwork and uniformity — some better than others.

And just like the push-up, the pull-up, and pretty much every other exercise that requires only your body, there are many variations of the jumping jack. Too many for us to list here, actually. So we’re going to narrow it down to our favorite variations of jumping jacks for you to try. Each will have a different movement and a different feel, but all are great tools for an awesome workout.

Ok, you can’t build a house without the foundation, right? So let’s make sure we’ve got the basics down. Make sure to avoid bending at the elbow as you bring your arms up, which limits your range of motion.

These are a great next step following basic jumping jacks. With scissor jacks, you’re crossing your arms and legs at the same time.

Some call these “oblique jacks”, but we’re way too sold on the wacky jacks name. They do give a great oblique workout, though. Plus you get to look like a thirteen-year-old that just spotted Justin Bieber in the mall, which (hopefully) will be new to you.

Now we’re getting into the more advanced stuff. This exercise is great because you’re going to get a deep burn in your legs as you hold the squat position while hopping your feet out and back in.

These babies are awesome for working your core while pushing the pace of your workout. Hold the standard plank position while popping your feet out, keeping your back straight the entire time.

These are sure to get you sweating quickly. There are a lot of ways to get the technique wrong, so pay close attention to your body as you start to fatigue. As you jump in the air, you want your body to straighten out as much as possible.

In case you’re wondering, these are called “monkey jumps” because searching the internet for the phrase “monkey jacks” is the absolute last thing you want to do with your day. Just trust us.

Burpees are a popular last-exercise-of-the-day exercise, and for good reason: they usually take everything out of you that you have left. Adding a jump out of it is sure to do that even more effectively.

Then, if you’d like to really push yourself, add a push-up during the burpee and extend your arms and legs with the jump. Bonus points if you can do them while overlooking one of the most breathtaking views on the planet like this guy:

Wouldn’t mind if he added a safety rail, though.

Give these a shot and let us know what you think in the comments section, or if there’s a variation you like that we missed.