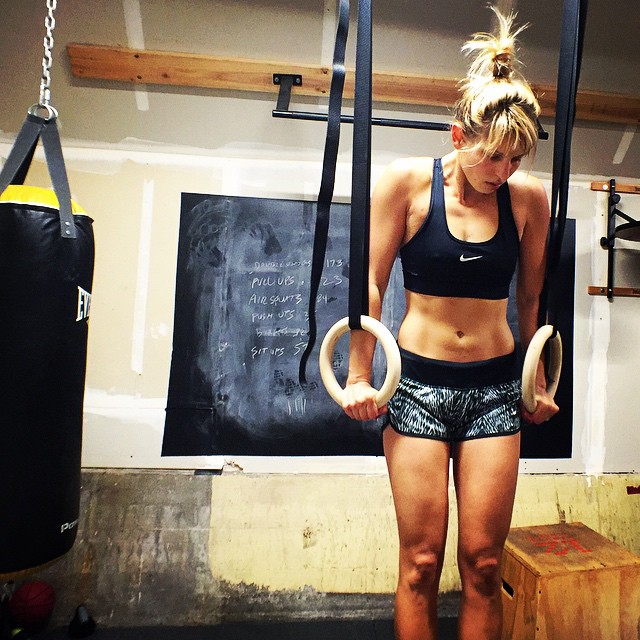 Krista Stryker is the strong and beautiful founder of 12 minutes athlete. She believes in the superiority of short intense workouts over long hours in the gym and she’s here to spread the word.

Krista will talk to us in this interview about fitness, anxiety, neuroscience and a bunch of other cool stuff. So buckle up and enjoy.

How did you get into fitness and what made you focus on HIIT? 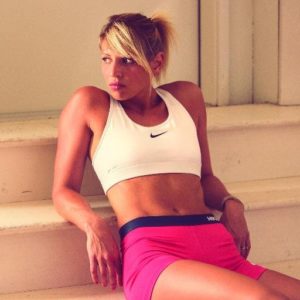 I was one of those people growing up that never really considered myself athletic. Sure, I played team sports (basketball and soccer mainly), but I never really felt I was that great at them, and the moment I went off to college I pretty much stopped doing anything active at all and turned into quite the couch potato, assuming I was destined to be a bit pudgy and weak for the rest of my life.

Towards the end of college I was feeling pretty lost and hopeless with no idea of what to do with my life, and started exercising a few times a week partly because my mom told me it would make me feel better. It worked, and I surprised myself with my strength and how quickly I went from barely being able to do a single push up to working up to more difficult exercises like pull ups and triceps dips. I liked feeling strong, and my confidence levels skyrocketed in all areas of my life, which eventually led me to study for and receive my NSCA CPT certification.

At that point, I started working out for hours a day, diligently doing my cardio, weight training and sports-specific training every day until I was overtrained, injured, and had little time in my day to do anything else. But even though I was spending so much time working out, it felt like it was never enough.

That’s when I discovered HIIT training and everything I knew about fitness and exercise was turned upside down. Not only did I get leaner and fitter in a shorter amount of time, I got stronger and more confident than ever before. Before long, I was able to do feats of exercise I never before thought possible, such as handstands, pull ups, and completing 100 burpees in nearly six minutes flat—and still have the time and energy for a hike, bike ride or long walk later in the day.

It was after my own personal successes that I created 12 Minute Athlete so I could share these incredibly effective HIIT workouts with the world and help people of all fitness levels ditch their excuses and get in shape in as little time as possible.

You did basketball, soccer, krav maga, and a bunch of other sports, which was the most fun and what sport do you want to get into next? 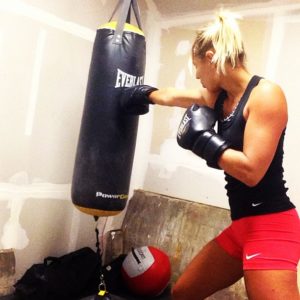 Ever since I discovered my love of health and fitness, I’ve really enjoyed trying new sports and finding ways to challenge myself. Boxing was definitely my favorite—there’s just something incredibly satisfying about punching as hard as you possibly can, plus it’s an amazing workout.

I’ve actually been taking acrobatics at a circus center for the past year, and that’s been incredibly fun (and humbling). I’m working on all types of handstands, tumbling, and ring work, and have never had more fun. In the future, I’d really like to try breakdancing (I have zero rhythm so I expect be terrible at it) and get more into rock climbing.

You’re a vegetarian. What challenges does vegetarianism pose to your fitness goals and how do you overcome them? 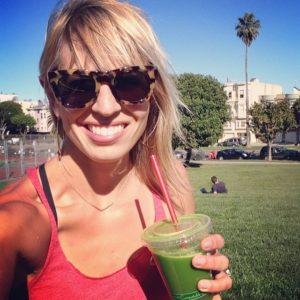 Being a vegetarian isn’t easy, but I’ve been one since I was a kid so I’ve found ways that work for me. I eat a lot of eggs, tofu, tempeh, Greek yogurt, cottage cheese, and also supplement with whey protein. That works pretty well for me, but it’s definitely an effort to get protein in at every meal and I get a little envious of people who can order a simple chicken salad for a healthy meal. I also eat a lot of vegetables, and try to cook as much as possible so I know what’s going into my food. The hardest is traveling, but I’ve learned to pack protein powder, greens drink mixes, and protein bars to supplement my diet when I’m away from home.

People tend of think of weight control as the main goal for exercise. How right are they? Why do you exercise? 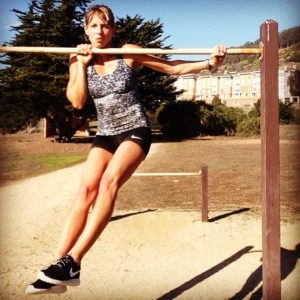 I really discourage people from making weight loss or aesthetics their main exercise goal. Sure, it helps to feel like you look good, and everyone wants to feel confident on the beach (or naked of course). But in the long run, I just don’t think exercising for looks is a good enough motivator, and having that as your only goal is more likely than not going to lead to thoughts of “f#$% it, who cares how I look” when you’re at a point of low willpower and choosing between a workout and a healthy meal or binge watching Netflix shows while eating cupcakes.

Rather than focusing only on weight loss and looks, I really encourage people to find joy in getting stronger and fitter and being able to do feats of exercises they never thought possible, whether it’s their first push up or their 10th consecutive handstand push up. Gaining strength and getting excited about going after fitness goals and making PRs is much more motivating—and the weight loss and appearance will come along with it.

A lot of people think of fitness as super serious business, meticulously measuring rations and working out beyond their bed time to get perfect abs, do you think it’s possible to have fun while pursuing non-trivial fitness goals?

Definitely. I actually think that if you’re not having at least a little fun with it, you’re doing it wrong and need to try taking a different approach. Sure, we all have those days where working out feels like a chore and we’d rather be doing anything else, but for the most part, working out should be a fairly enjoyable part of your life.

In my experience, the best way to have fun with fitness is to pursue fitness goals that you just think would be really cool to be able to do. This could be anything—training for a marathon if running is your thing, working up to doing cool bodyweight exercises like handstands, muscle ups, or elbow levers, or focusing on your pull ups so you can start a sport like rock climbing.

Try mixing your workouts often and staying away from boring exercise machines as much as possible for maximum enjoyment.

One of the benefits of exercise is fighting anxiety and depression, but the will to exercise tends to decrease during bouts of bad mood, which is exactly when exercise is needed the most. How can people keep a regular exercising schedule even when not feeling so good? 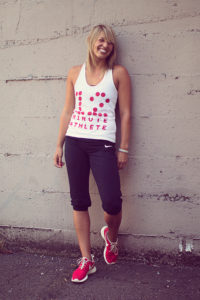 That’s the big conundrum that those of who suffer from anxiety and depression go through (I’ve dealt with both since I was a kid). Basically, my best advice is to make exercise enough of a habit while you’re feeling less anxious/depressed that you know how much of a difference it will make when you’re feeling down or stressed. For me, one of the best things I did when I was younger and really struggling was to get a punching bag—there’s really no better way to beat stress than to punch or kick something as hard as you possibly can. Even just forcing yourself to take a walk when you feel depression or anxiety creeping in can make a huge difference. But the key really is to establish that habit as much as you can.

Let’s get nerdy for a second. You have an interest in neuroscience, a field that’s developing extremely fast. Do you see neuroscience being used in fitness more intensively in the future? Could we for example artificially instill exercise habits in people and would that be a good thing? 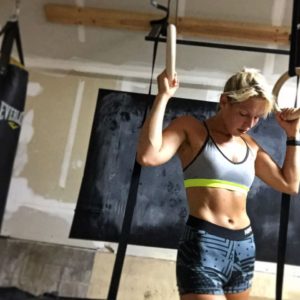 Good question. I love reading books about how to train your brain to work better and smarter (one of my favorites is Your Brain at Work by David Rock—it’s targeted towards work but the strategies can be applied to health and fitness as well). There’s a lot of research being done about habit creation, willpower, and training your brain that I definitely expect will be useful in creating fitness habits for people now and in the future.

That being said, I don’t really like the idea of tricking people into exercising by artificial means. I really do believe that everybody is an athlete deep down and that even if you think you hate all forms of fitness now, once you try enough things you will find something active that you enjoy doing and makes you feel good. It doesn’t need to be something as difficult as HIIT or advanced bodyweight training either—even something as simple as walking or gardening will benefit your health. I’d rather see people go through that process of finding something that makes them happy than to force themselves to exercise through some neuroscience trick. 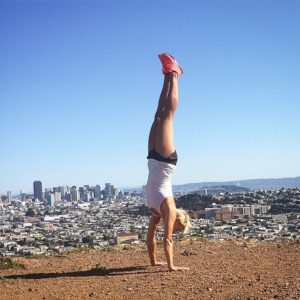 It was pretty cool to do handstands in the mist-filled parks in Nice, France while surrounded by giant, prehistoric looking trees—it felt like I was in another world, or at least another time. That being said, I’ve been some pretty cool places, but most of them were before I could do handstands. I’ll have to do a handstand-around-the-world tour sometime soon.

As for local dishes, some of the best food I’ve ever eaten in my life was in a tiny home in Fez, Morocco. I don’t even know exactly what it was because our hosts couldn’t speak much English, but I do know that it was vegetarian, had lots of greens, and was packed with some of the most amazing flavors I’ve ever tasted.

If you could only do three bodyweight exercises for the rest of your life, what would they be? 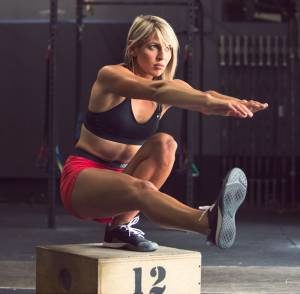 That’s a tough one—I’d have to say handstands, burpees, and pull ups, but if I had four I’d add pistol squats in there as well.

Thank you Krista, that was fantastic. I can really sense your passion for fitness and it’s just beautiful, I’m sure the SOA tribe will enjoy this as much as I did. Keep being awesome!

BEFORE YOU GO, CHECK OUT THESE AWESOME VIDEOS BY KRISTA