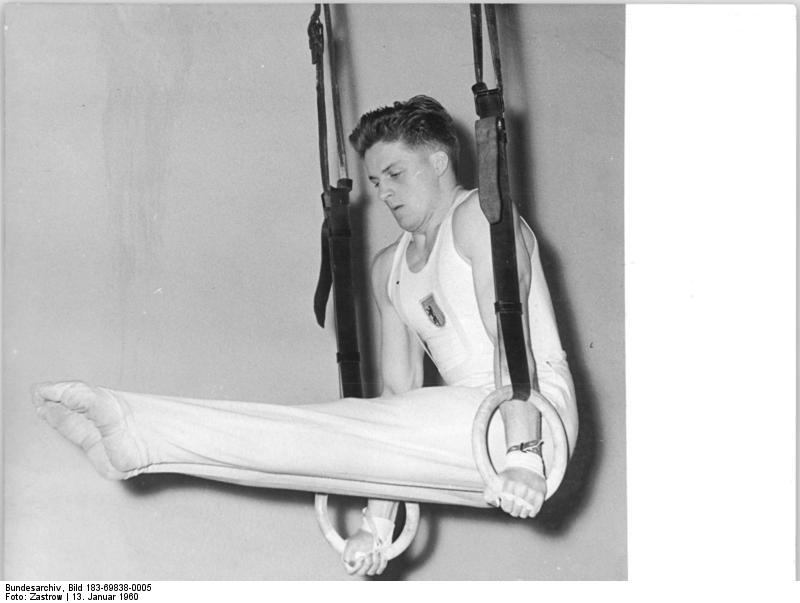 A person using their body to mimic a letter of the alphabet is a highly regarded skill that was first pioneered by The Village People. It’s one of the very nice things about the English alphabet: the letters themselves are not the most difficult to duplicate. No telling how many contortionists it would take to spell out ‘YMCA’ with Chinese symbols.

But just because you can write it out without picking up your pen doesn’t mean it’s easy to imitate with your body. Take the subject of our exercise profile: the letter ‘L’. Seems harmless enough, right? Just a standard right angle. I mean, it’s not like we’re asking you to turn yourself into a cursive ‘z’. Does anyone even remember how to write those things?

The point is, if you are familiar with L-Sits, you know they are tougher than the bilinear symbol for which it is named may suggest. It took our friend Antranik a whole summer to hold one for just two seconds.

“[I] clearly remember the elation I felt when I could hold a full L-sit, with straight legs, for two seconds. It took all summer to get to those two seconds,” he says.

Ryan Hurst, another pal of ours, says, “When it comes to fundamental bodyweight feats of strength, it’s hard to beat the L-Sit for overall strength and control.”

What is the L-Sit, exactly? Well, we’ll cover the different variations in a second. But essentially it’s holding your body up in a right angle position, bending at the hips to look like a letter ‘L’. And with enough practice and strength, you too can learn to hold the position for 36 seconds.

The lighter your legs are, the easier this exercise is. So make sure you clip those toenails to make sure they’re not weighing you down, and let’s find out why L-Sits are so great.

It won’t be long into your first attempts at the L-Sit before you realize that they work wonders on your core. Those abs are going to get one heck of a workout due to the significant tension created by your feet being off the ground. Your quads and hip flexors will be working with your abs to hold the L shape.

But as we like to say, a bodyweight exercise is a complete body exercise, so you’re getting a whole lot more worked than your core. Your arms will be burning the next day from holding your position firm.

And you’ll even improve your posture by mastering the L-Sit. Sitting at a desk often puts our shoulders at a shrugging position, so holding the L-Sit position correctly pushes your shoulders and neck down, thereby strengthening your lower traps and lats.

Make sure you can hold each position for at least 10 to 15 seconds before moving to the next progression.