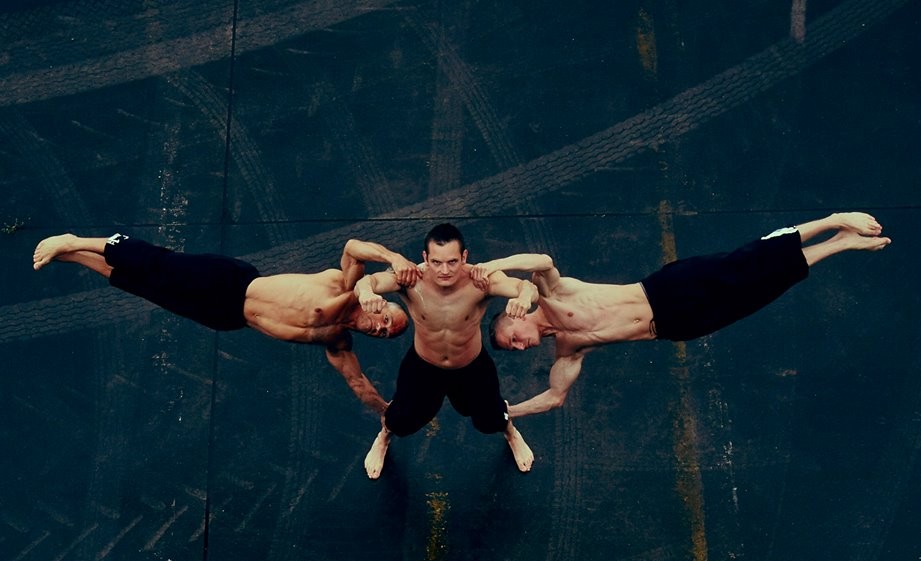 Tell us a little bit about yourselves. Who are you and what you do?

We are a professional acrobatic trio, consisting of Jannik, 25, Rasmus, 32, and Jakob, 45.

Jannik and Rasmus are brothers, and have been doing acrobatics together for thirteen years. For the first three years of our acrobatics career, we had a coach who previously worked in the circus business. After those three years, our coach left the country and we took over teaching the team.

We kept on teaching until 2009, but in 2008 we had already begun to focus more on our own acrobatics career. It was then that we entered “Denmark’s Got Talent”, reaching the semifinals and beginning our performing career.

Jakob has always been a very active person, and is really fond of outdoor sports like whitewater canoeing, kayaking and climbing. He entered the acrobatics world by accident when he was 28. He was pushed into going to an open training evening, and soon after discovered he had a talent for it.

Your act shows incredible trust in each other. Where does that level of teamwork begin? How did you meet and decide to start No Limits? 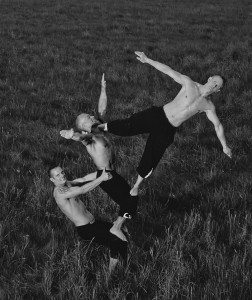 We met in 2012 at an international acrobatics convention, although we’d heard of each other some years before. We realized that we fit perfectly with each other on a personal and psychological level as well as in an acrobatic sense. The funny thing is that none of us really thought working together as a trio would be a possibility.

Jakob thought Jannik and Rasmus, as brothers, had their own thing going on, and they thought Jakob was out of their league. But after training together for a week, we found that we were a perfect match. We started training together properly a few weeks later.

In general, trust is a huge part of acrobatics, because it involves balancing on top of each other. Without that trust, you feel fear and it’s impossible to concentrate and work with your fellow acrobats.

We mostly choreograph our own routines. Sometimes, though, we’re presented with a choreographer for television programs to make the routine fit the specific program.

Your training must be pretty intense. Do you have day jobs? How does work fit in with your training?

What does a typical day with No Limits look like? How much time do you spend training, performing, or relaxing? 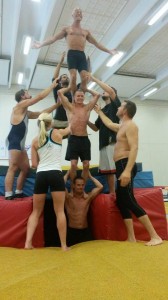 A typical day with No Limits begins with a warm-up of basic acrobatic tricks. We then practice for our show and train new tricks, or explore funny ideas for future shows. After that we often just hang out and talk about chilli. That might sound funny, but we’re kind of chilli freaks and we actually eat quite hot chilies before shows to speed up and get some energy. It works a little like when Popeye eats his spinach.

Usually we train together twice a week for three or four hours, and at weekends we’re out performing at various events. Once or twice a month we also get together for some nice relaxing wellness.

What do your diets look like? Do you have any specific approaches like Paleo, or tracking your calories and macros, etc?

In general, we think about what we eat, but none of us are fanatic about it.

Even though the three of us are quite different in our approaches to eating, we’re all aware of getting nutrient-dense foods that support our bodies. Rasmus eats a lot of meat (often raw), Jakob, eats a lot of fruit and vegetables, and only a little meat, and Jannik eats a little of everything.

Besides that, the three of us often make fresh juices out of fruit and vegetables, with a little protein powder added.

How do you keep things fresh and come up with ideas for new moves? Have any of you ever come up with a move where the others have just said ‘no way!’? 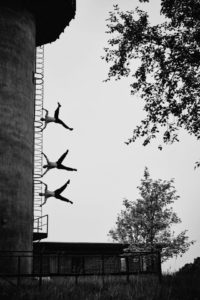 We find our inspiration by watching YouTube clips and attending international acrobatics conventions where we train with other acrobats. Sometimes while training and playing around we come up with crazy, silly ideas for new tricks that none of us believe is possible. It often happens that one of us says, “No way, that trick can’t be done!” but then we try it out anyway and discover that it is possible.

The hard work you guys put into your act is obvious. If you had to give one tip to someone aspiring to perform at your level, what would it be?

Our advice would be to keep believing that it’s possible, no matter what other people say. Keep on practicing and just take one step at a time. 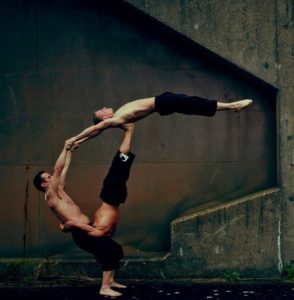 Where’s next for No Limits? What long-term goals have you set your sights on?

Our next step is participating in Denmark’s Got Talent 2015, and we hope that will help us get a lot more shows, and one day enable us to do acrobatics full-time.