Ah, the trusty pull up. It’s got to be one of the most popular exercises in the bodyweight lexicon. Deceptively difficult to execute correctly, the pull up has been a fixture in fitness training as a whole for as long as there have been things from which to hang, and arms long enough to grab them (poor T-Rex … that guy can’t catch a break when he exercises).

Pull-ups have been a standard for the highest forms of fitness at home and abroad for ages. Back when the Greatest Generation was gearing up to serve Uncle Sam in World War II, the Army subjected its draftees to the first official formal fitness test, to make sure our boys were combat-ready. The test would ensure they were at Army-level standards by gauging their abilities on push-ups, sit-ups, squat thrusts and, yes, pull-ups. 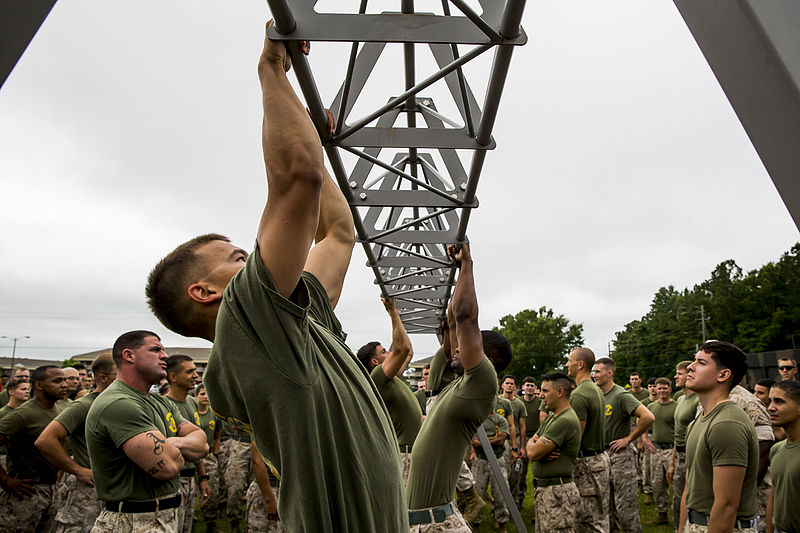 Subjects were expected to complete between 7 and 9 pull-ups just to be considered “Fair”. It took 20 or more to be “Excellent”. And remember, this is the Army we’re talking about. No jerky movements or beginning the pull-up at a 90-degree angle allowed.

And don’t for a second think pull-ups are strictly a young man’s game: former US Navy medic Mike Joplin credits pull-ups to his amazing physique, which he still maintains at age 70.

And while his early motivation for fitness wasn’t exactly in the true spirit of calisthenics (it was strictly to impress women), his hard work did pay off while stationed in Puerto Rico.

“The girls would call me ‘skinny’ (in Spanish) right to my face,” he remembers. “They would yell at me: ‘How skinny!’ in Spanish. I hated that. As a matter of fact, that is why I started exercising.

And by the time he left Puerto Rico, the local girls had a different nickname for him.

“They would call me ‘How Big!’ in Spanish. What an amazing transformation…in just 12 months.” 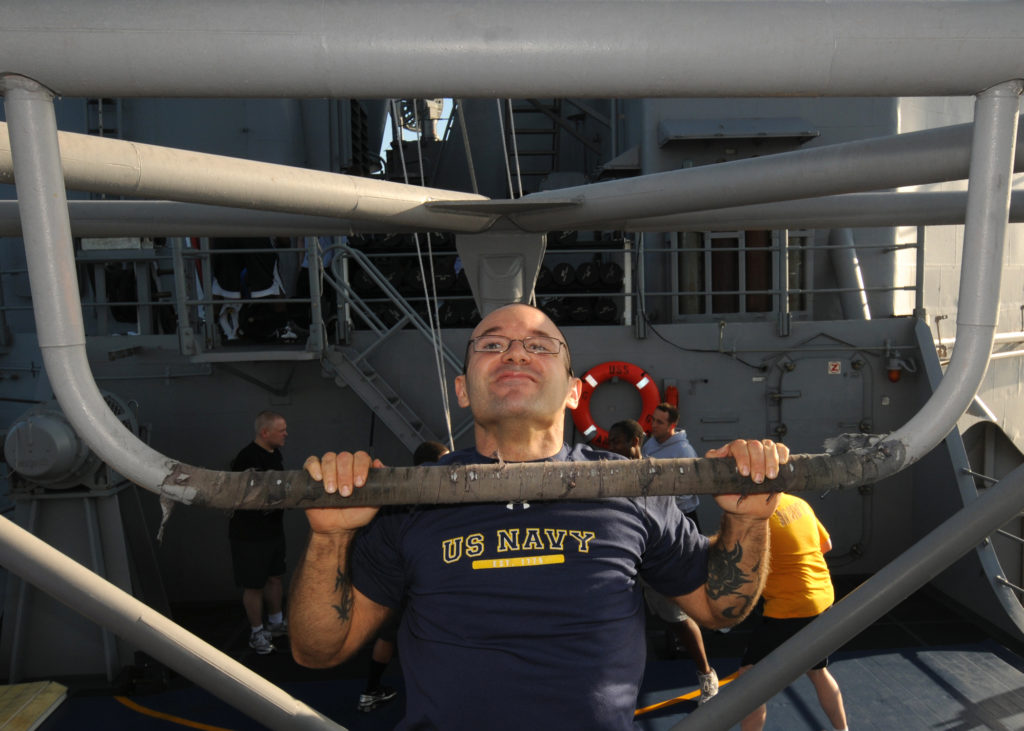 And he’s not the only athlete pushing through the perceived limits of age and fitness. The latest record we could find for the most pull-ups completed in 24 hours was set by Mark Jordan, a 54-year-old man from Corpus Christi, Texas. And if you think his age is an impressive number, get this — he did 4,321 pull-ups in 24 hours. That’s 180 an hour, which we’ve got to believe leaves very little time for live-Tweeting his progress. 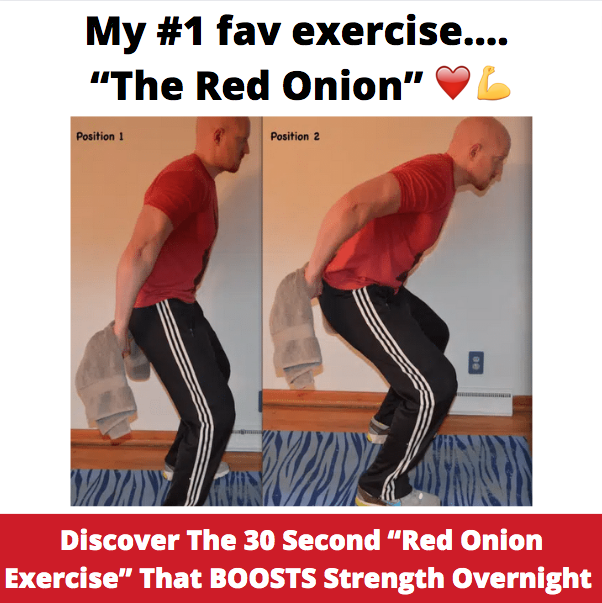 The pull-up is one the exercises where the natural differences in physical strength between men and women are most pronounced. And they’re especially difficult for women.

Before you send an angry, caps lock-laden email, just know that we don’t like that sentence any more than you do. But the research seems to back the statement.

The University of Dayton conducted a study where 17 normal-bodied women who couldn’t do one pull-up were trained to develop the primary muscles necessary to the exercise (mainly the bicep and the latissimus dorsi, the large back muscle). Three days a week for three months, the women developed their bicep and back muscles while using an incline to practice modified pull-ups.

On test day, the women were found to have increased their upper body strength by 36% and lowered their body fat by 2%. And as for the pull-ups? Well, it wasn’t the screaming success for which the researchers had hoped. Only 4 of the 17 could do even one pull-up.

In fact, pull-ups sit at the heart of the debate about whether physical requirement for front line military service should be equal between men and women.

The Marine corps recently set a new standard requiring that, in order to pass boot camp, men and women were required to perform at least three pull-ups. The results were again disappointing: less than half of the female trainees could do the minimum three, while men passed with ease. That standard was quickly scrapped thereafter.

Now, we’re not saying women can’t do pull-ups — that’s provably untrue, and we’re proud to say that many women in the Shot of Adrenaline family learn the training to do their first pull-ups right here. But the research concluded that a woman’s lower testosterone levels coupled with their lowest possible body fat percentage (around 10% as opposed to 4% for men) make it tougher for them.

But we’re not in the business of excuses. You want to learn to do a pull-up? Awesome. We want you to as well. Doesn’t matter if you’re female, or really tall, or whatever other reason “experts” have. But we’re going to teach you how to do them correctly. No one is going to applaud you if your movements are jerky and wild.

…Unless you belong to a CrossFit gym, in which case people will cheer emphatically.