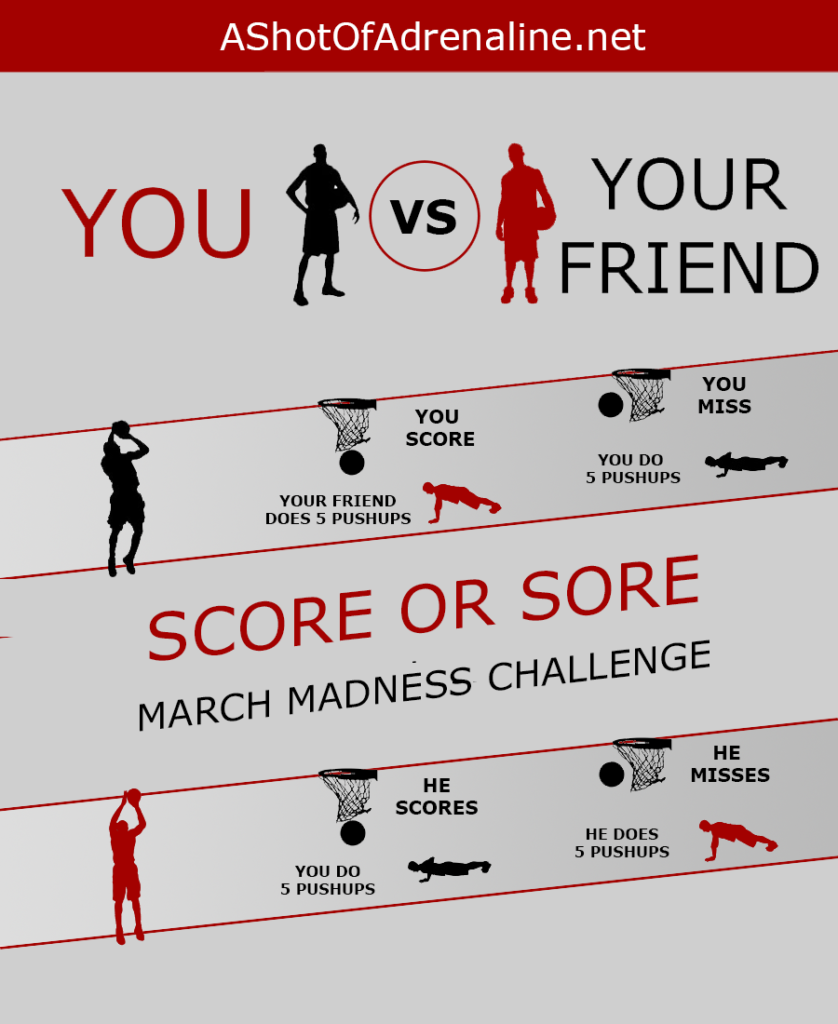 The 2016 NCAA Basketball Tournament is in full swing, and it’s already been one to remember. Just ask Frank Kaminsky, the current NBA player and former Wisconsin Badger who lost his mind watching his alma mater advance to the Sweet 16 on a last-second shot.

It seems nearly everyone–professional athletes and otherwise— gets into the tournament. Approximately 40 million Americans fill out at least one bracket, and it’s estimated that $9 billion will be wagered on the tournament.

Speaking of billions with a ‘b’, did you know famous investor Warren Buffett is willing to pay $1 billion to anyone who can fill out a perfect bracket? Just pick each of the 67 games correctly, and you’ll win enough money to buy a few schools of your own.

“How hard can that be,” you wonder? Well unfortunately, if you ask the top minds in mathematics, the answer is significantly north of “kinda”. In fact, a math professor at Duke University says the odds are 1 in 2.4 trillion.

Take a look at the video for the Shot of Adrenaline basketball workout! It’s a really fun way to get a great workout. All you need is a basketball hoop, a ball, and a friend to play with.

The rules are simple:

Each player takes turns shooting from a spot on the court. If you make your shot, the other player does a predetermined amount of push-ups (say 5). But if you miss, it’s you who must do the push-ups!

The first player to make the other player do 50 push-ups is the winner. And remember, the more push-ups you do, the tougher that jump shot is going to be!

Take a look at the video as our Shot of Adrenaline host (and former college basketball player) Paul goes face-to-face with an old teammate of his for this fun calisthenics challenge.

If you want to say hi to the Shot Of Adrenaline youtube and facebook tribes, just partner up, do the challenge, and send us a video.