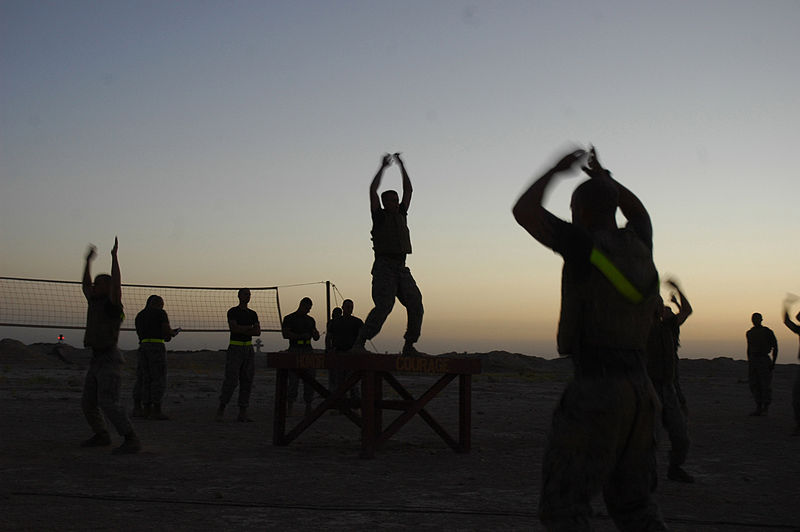 Recently, we covered the basics of High Intensity Interval Training (HIIT) and why it’s so awesome. And within that article, we touched very briefly on the topic of Tabata training. As the article generated a lot of interest, we thought we’d dive a little deeper and give you a basic understanding of Tabata, its origins and how you can incorporate it into your fitness goals.

Here’s the basic rundown: Tabata is a type of HIIT workout in itself, in that it’s designed with the same principles of high exertion periods with very little rest in between. In Tabata, a subject will complete 8 rounds of an exercise in a 20/10 format.

This means a person will work for 20 seconds, pushing themselves as hard as they can, then rest for a merciful 10 seconds before repeating. 8 rounds of this adds up to the longest four minutes of your life this side of a Coldplay song.

The program was designed by Japanese scientist Dr. Izumi Tabata of the National Institute of Fitness and sports in Tokyo. He had his team of researchers conducted a six-week study in which two groups would have their exercise progress tracked. The control group performed longer workout sessions at a moderate intensity. The other group implemented the Tabata method of 20/10 for four minutes a day.

The results confirmed Dr. Tabata’s theory: Even though the control group exercised for one hour a day, five days a week — adding up to 1,800 minutes of exercise — their results were not as good as the Tabata group, who increased both their aerobic and anaerobic fitness levels despite only exercising 120 total minutes over the six-week study.

It’s been shown that a 2:1 work-rest ratio does not give the body enough time to recover fully, which means eventually during the workout you’re going to hit the wall like an outfielder with poor spatial perception. Trust us, you’re going to treasure those 10-second breaks.

Now, Dr. Tabata was originally only designed for Olympic speed skaters, but now all different types of athletes are seeing its benefits.

Some articles out there seem to confuse Tabata with regular HIIT training. While it is a type of HIIT training, it’s got the distinct characteristics we’ve discussed. So again, following what Dr. Tabata’s group did during the study, the workout should only be four total minutes. It has often been wrongly said that you should do anywhere from 4 to 6 rounds of Tabata with different exercises in each one. That type of circuit is pure HIIT training, where Tabata really is just 4 minutes.

Now, the good news with that is you can incorporate several different types of workouts in one 4-minute Tabata session. Take this video, for example:

As you can see, this Tabata workout mixes in very different exercises: jumping lunges, lizard hops, handstand kick-ups, and high knee jump squats. The moves are done in two rounds, adding up to four minutes.

And take a look at the guys in the video. They look in pretty good shape, right? Now take a look at them at the end of the workout. Absolutely spent. One guy even says to the camera as the 4:00 runs out, “We made it too hard.”

Now, we know a lot of our members have programs and workout regiments to which they are committed (hopefully some of them are ours!), so we’re not saying you absolutely must abandon your routine for a Tabata workout. But just imagine adding this to the end of your workout. Talk about finishing strong! You would be absolutely exhausted, but you’d walk away knowing that you had a great workout that was capped with a 4-minute, scientifically proven method of getting in world-class shape.

And let’s also remember, you can use any kinds of exercises you want in Tabata! Your routine could be push-ups, squats, mountain climbers and diamond push-ups, or all burpees, or anything your heart desires. Just remember to push yourself!

Give Tabata a shot — either as a stand alone workout or the finale to your existing routine — and let us know what you think. You’d be surprised how much this 4-minute, high intensity workout can make a difference.